How to take pictures of mudskippers

Last weekend, I visited the mudskippers again, this time with my girlfriend. We both came prepared with our telephoto lenses and proper outdoor-wear. 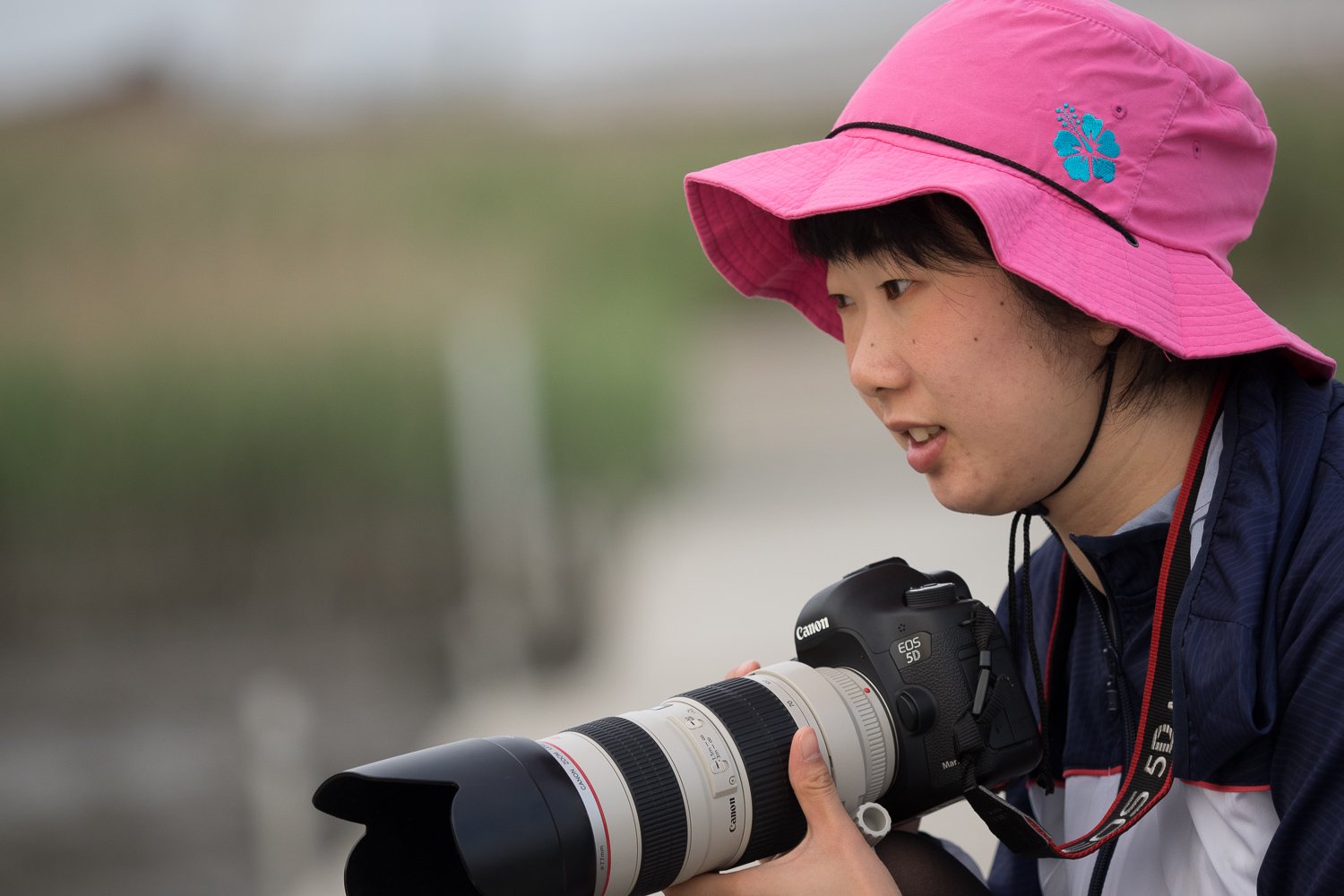 One challenge faced when taking pictures of mudskippers is the fact that they look like mud, and mud brown is not a very inspiring color. Of course, mudskippers by themselves are interesting and fun to watch, but after you see about a hundred photos of them, they start to blend into each other. So, to make things interesting, I’ve found that taking pictures of them at golden hour helps make them more interesting. The brown mud takes on both blue and orange tones (blue in the shadows and orange in the highlights). It makes for more drama and interest. So, we went at around sunset for a photo session at the bridge I wrote about before. 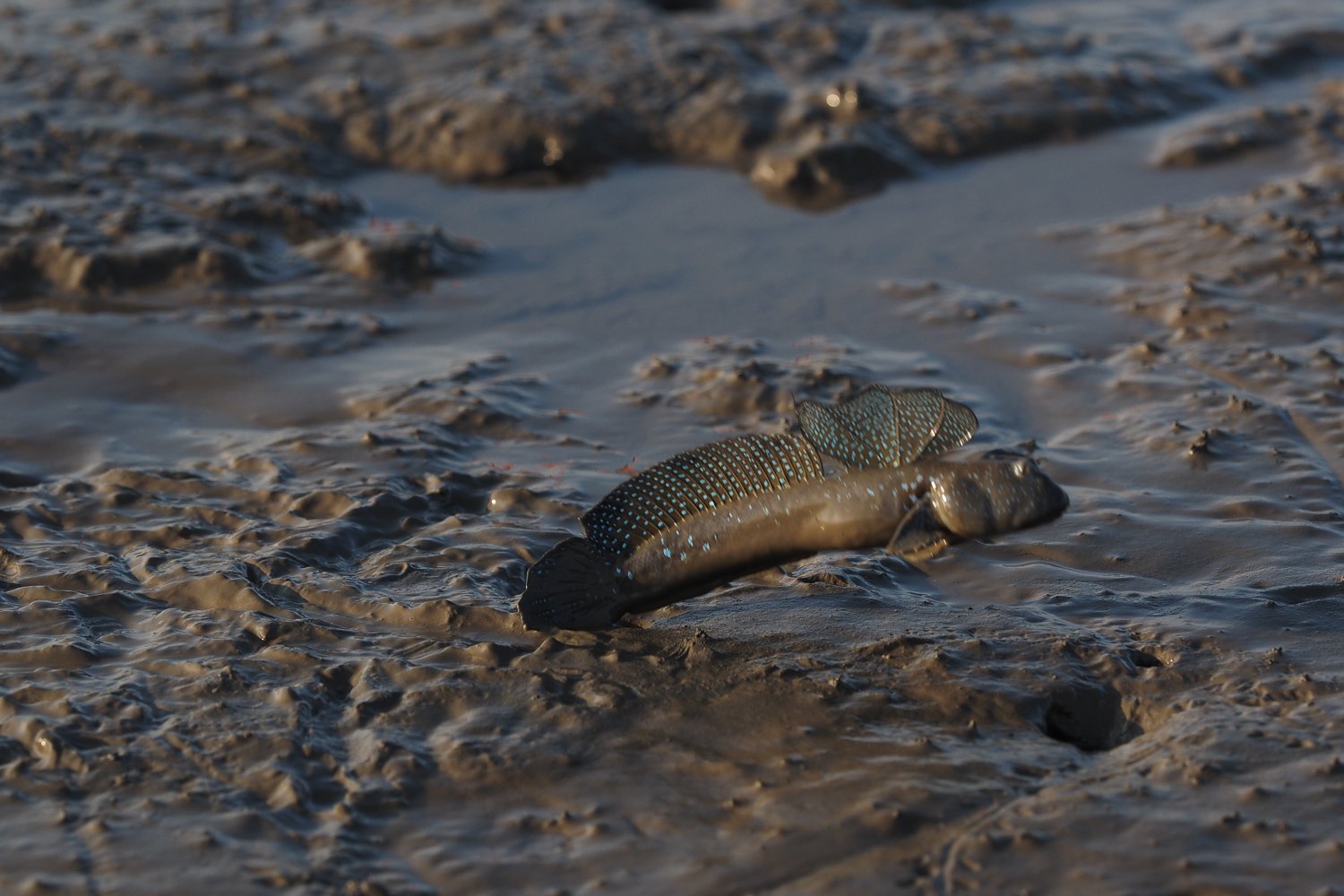 This photo was taken at a shutter speed of 1/800, which I though was more than enough when I was shooting that day. When I got back home and checked my pictures, I found that many of my pictures looked blurry. Bummer, dude.

To get ride of the motion blur I was getting, I had to increase my shutter speed to 1/2000, much higher than I expected. 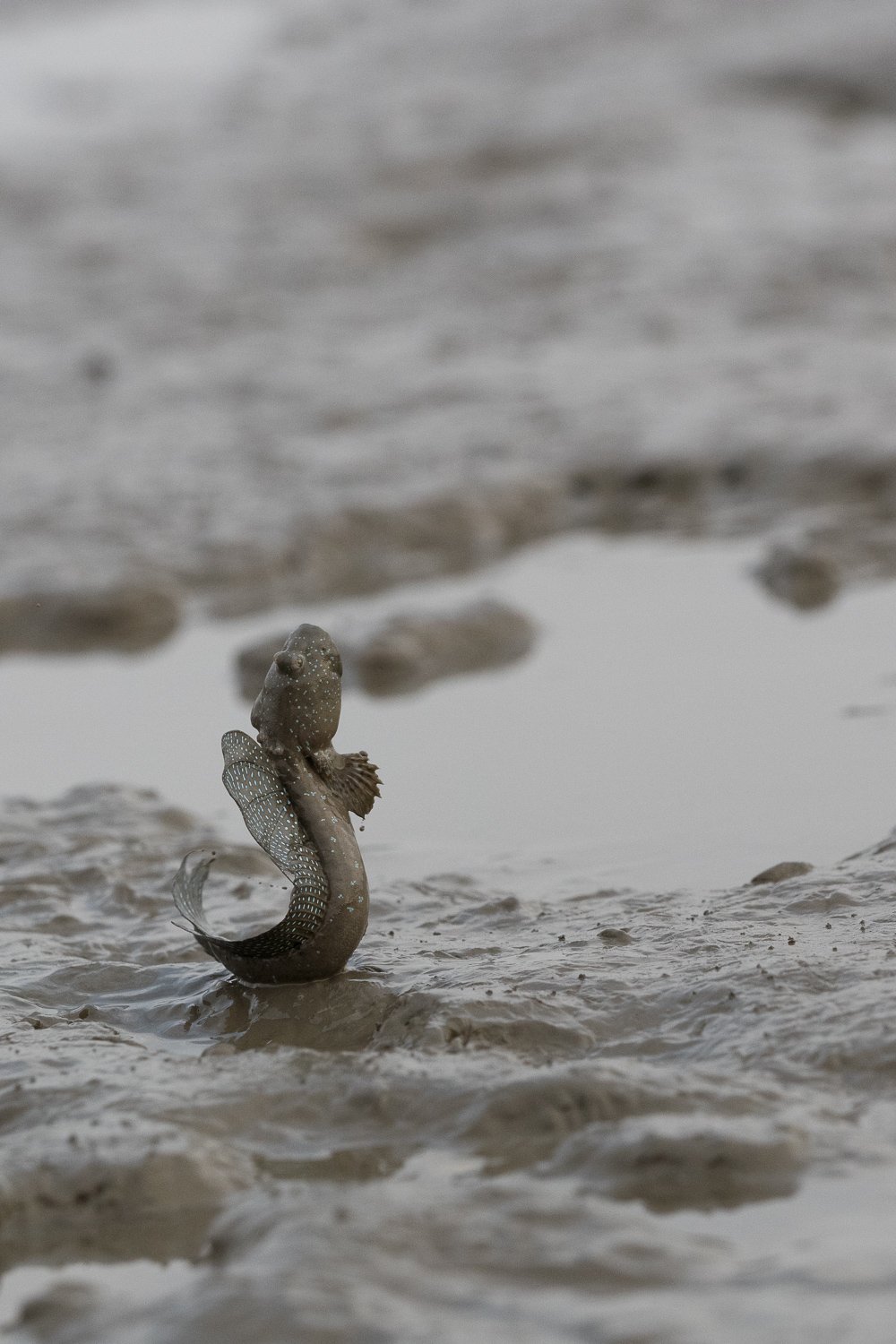 But, of course, even at 1/4000, if the mudskipper jumps out of my depth of field, it will be blurry all the same. 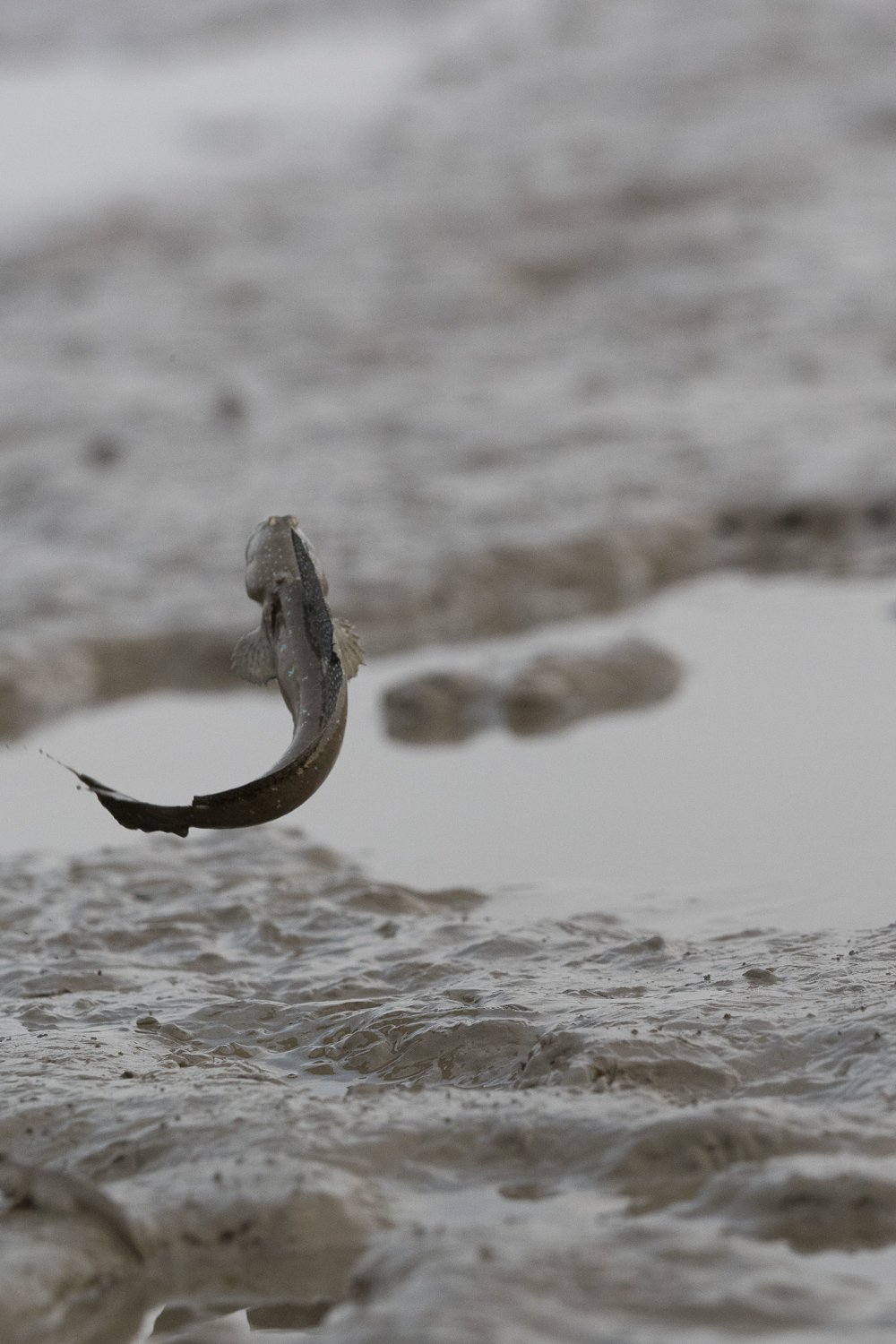 Even stopped down a bit to f4.0, shooting at 150mm gives me very little wiggle room. I pre-focused on this mudskipper in anticipation of a jump, but it quickly jumped out of my depth of field. This happens regularly with mudskippers, and the only choice you have is to stop down some more, or hope that they stay in your depth of field. 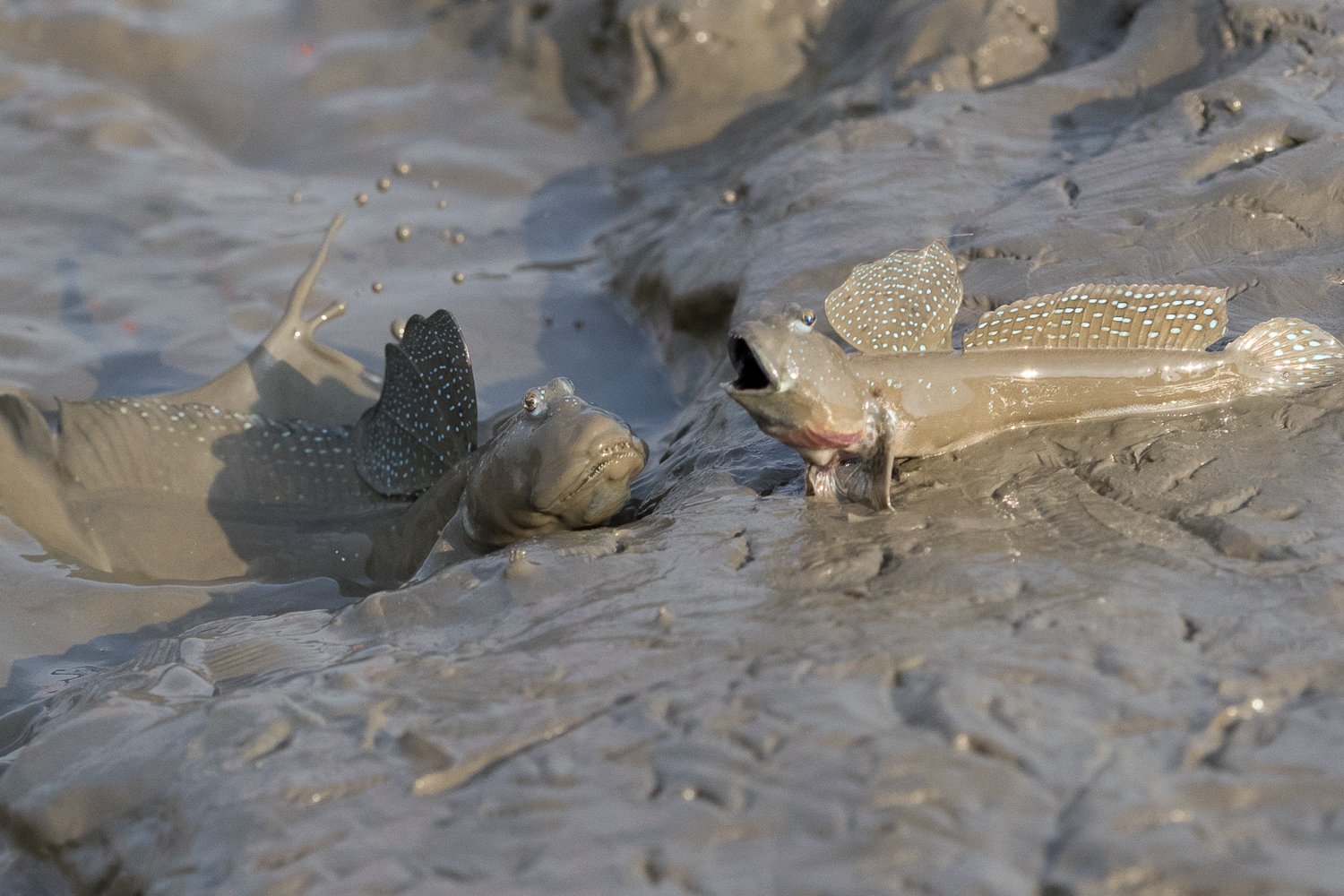 But, if you are increasing your shutter speed and stopping down, then naturally you have to increase your ISO to compensate. When I first tried photographing mudskippers, I thought that an ISO of 200 would be possible since I was outdoors in “good light”. However, I found that at golden hour, an ISO range of 640-1600 was necessary. I would like to stop down some more, but ISO 3200 is really the upper limit in the useable range of ISOs on my OMD-EM1. The good news is that at 640-800, image quality is still excellent and noise is not a big problem.

So, if you go taking pictures of mudskippers, you should expect to use the following settings:

If you go at the right time and get your camera settings right, you’ll definitely increase your chances of getting good photos, but there are still a few more challenges. It’s fun to take pictures of mudskippers scooping mud into their mouths or just hanging out, but those don’t usually make for the most interesting pictures. You want some action, right? But, even when you are absolutely surrounded by rolly-polly, flippy-floppy, hippity-hoppity mudskippers, it’s actually surprisingly difficult to have your camera on the right mudskipper at the right time.  Mudskippers don’t yell out, “I’m gonna jump! Get ready!”, the just suddenly put up their fins and go for it. They also don’t usually jump more than a couple of times before stopping for a break or returning to their burrow. So, how do you get the right moment?

If you do things right, you’ll get lots of nice photos of our muddy friends. 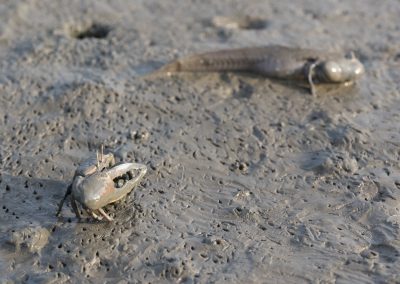 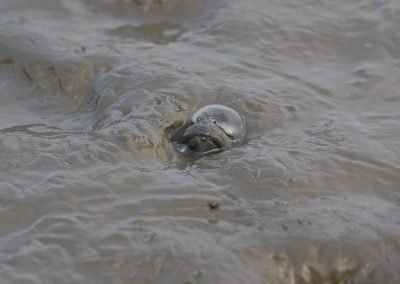 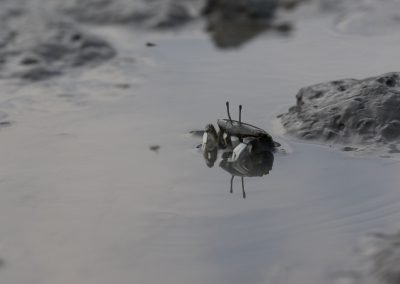 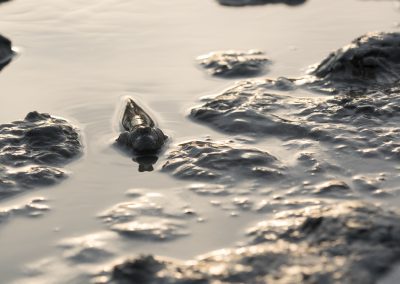