About a month ago, summer vacation began in Japan. Right at the beginning of summer vacation, my fiance and I travelled to the US to see my parents. During our three weeks there, I knew I wanted to show my fiance as much of the beauty of Washington state as I could. She’s never been out of Japan, so it was like taking a child to a toy store for the first time. Everything was new and interesting to her. Just showing her the produce section of the local supermarket was fun! 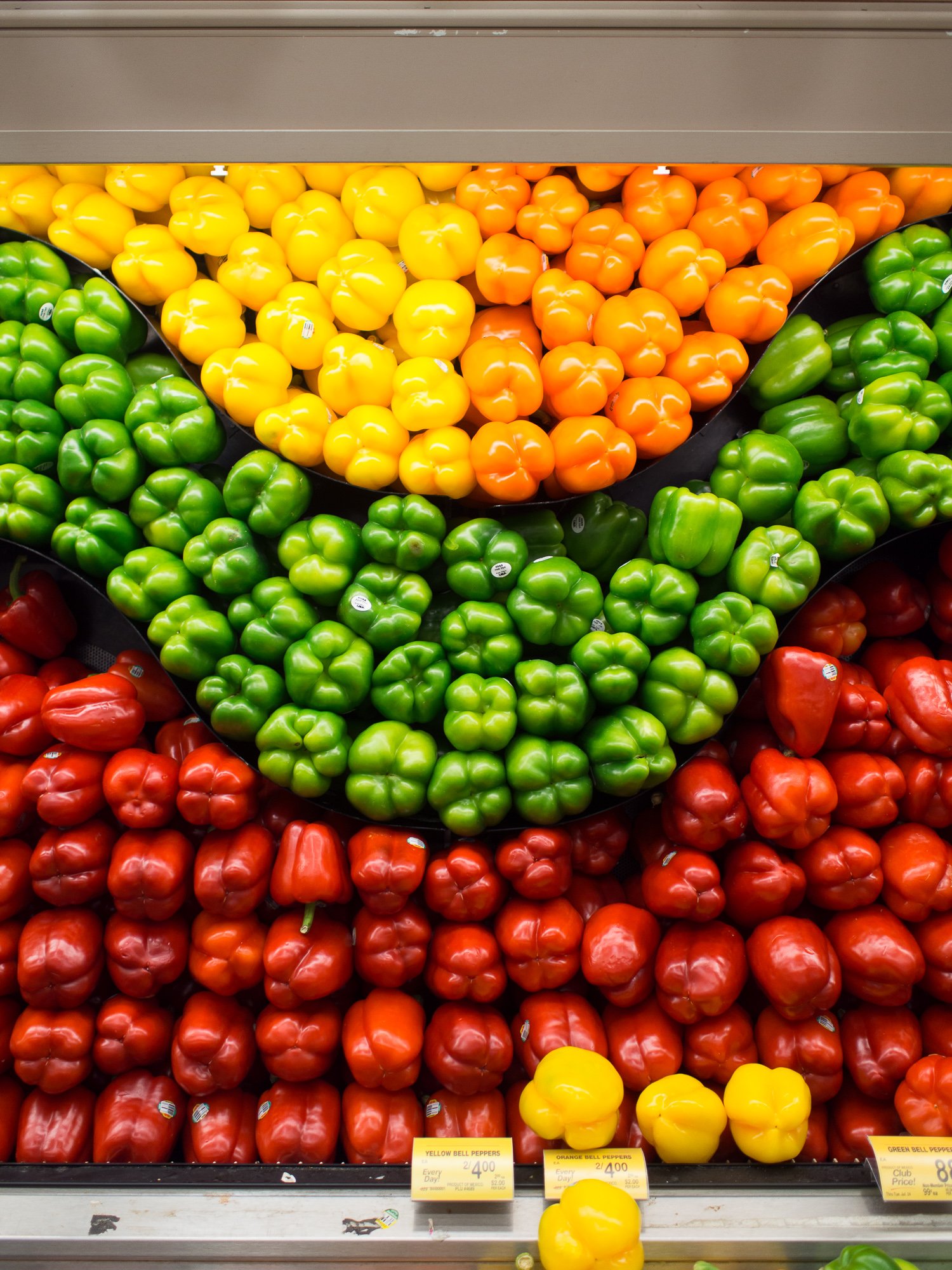 I had three main places that I wanted to take my fiance while we were in Washington: Pike Place Market in Seattle, The Olympic National Forest, and Mt. Rainier. Before we went there, though, I just wanted to show her some smaller locations like Olympia, some local parks, etc. I took her to places I had taken pictures at before, like the Capitol Building or Burfoot Park near Boston Bay. It was the first time I had taken pictures in some of the areas since I had gotten M43 cameras (before, I’d taken pictures with an Olympus XZ-1). It was fun going back to my old stomping grounds and taking pictures with new eyes and new equipment. Olympia is the capital of Washington state, yet is a rather small city. When I tell Japanese people what kind of town it is, they’re often surprised to find out that it’s smaller than rural Japanese cities like Saga or Tosu (Saga city is the capital of Saga prefecture and Tosu is a relatively large residential area with a large outlet mall). Olympia is about 50 square kilometers with about 50,000 people, whereas Saga city is about 430,000 square kilometers with about 233,000 people. That suggests that the population in Olympia is denser, but the farms around Saga pad those numbers. In population centers, Saga is unquestionably denser. 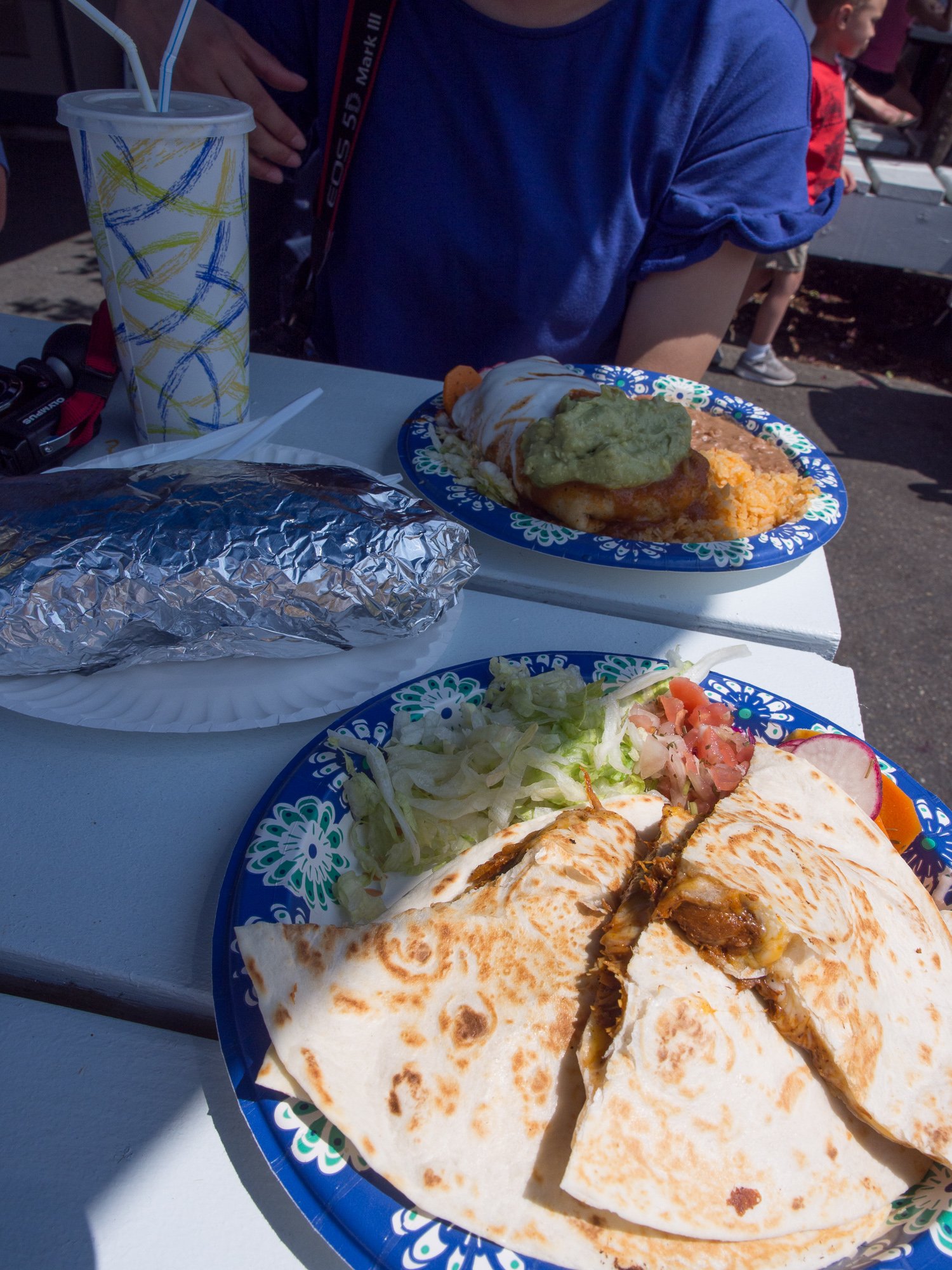 If you want to buy cheap fruits and vegetables, the farmer’s market is a bad place to go. But, if you want some good, cheap mexican food, then I recommend going. If you’re used to Japanese-sized meals, be careful not to order three dishes like we did. Everything will be jumbo-sized to a Japanese person!

After spending a few days just seeing stuff close to home, we finally made a trip to our first major location: Seattle. Taking the scenic route, we took a one hour ferry ride to Seattle and enjoyed the view.

While waiting for the ferry to arrive, we went inside the local convenience store to take a look around. I was surprised to find that they had some common Japanese snacks like Pocky and Chocorooms. But, after about an hour of waiting, we finally got on board. Once we landed, we found some parking close by and went to see Pike Place Market. 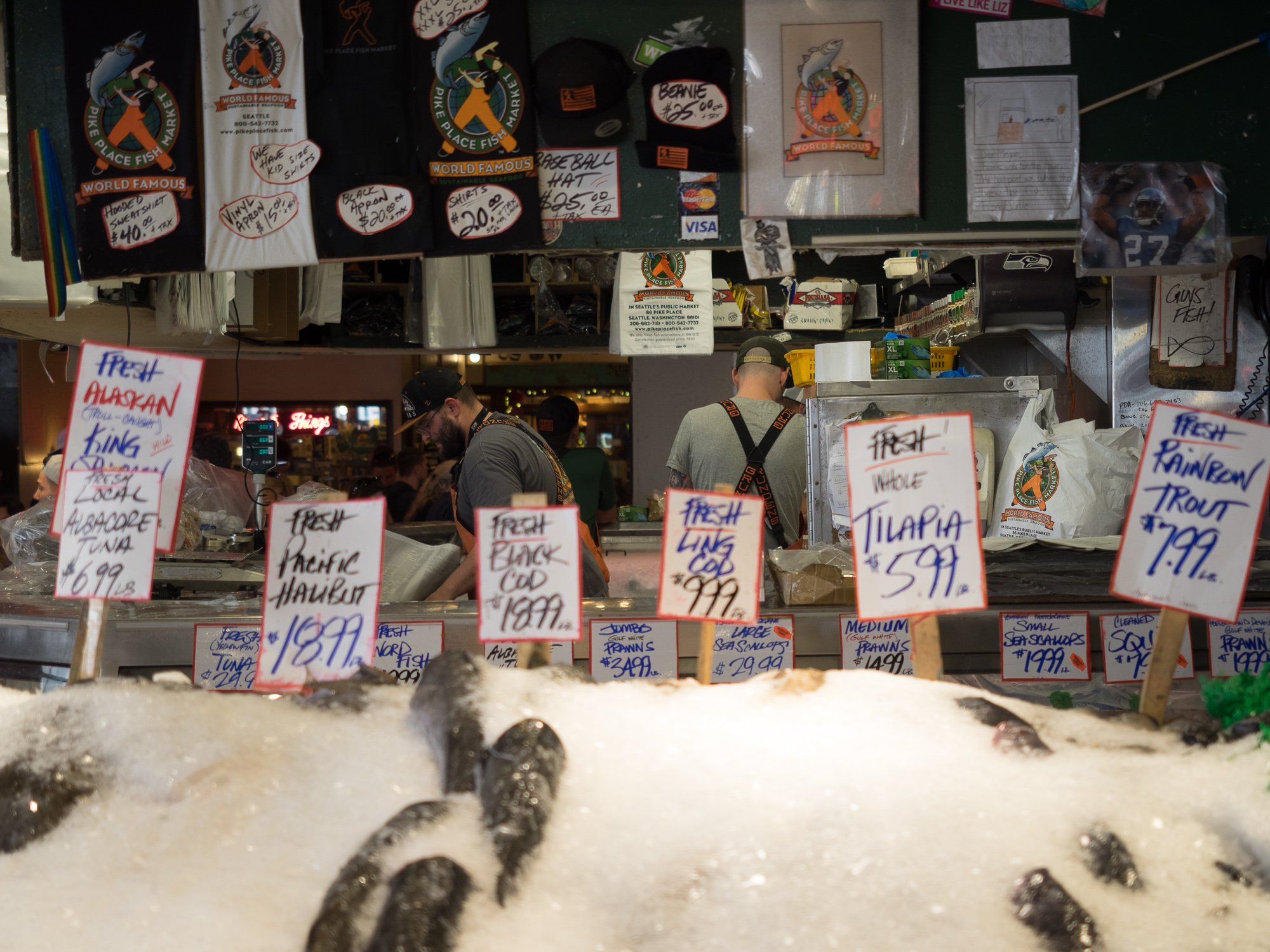 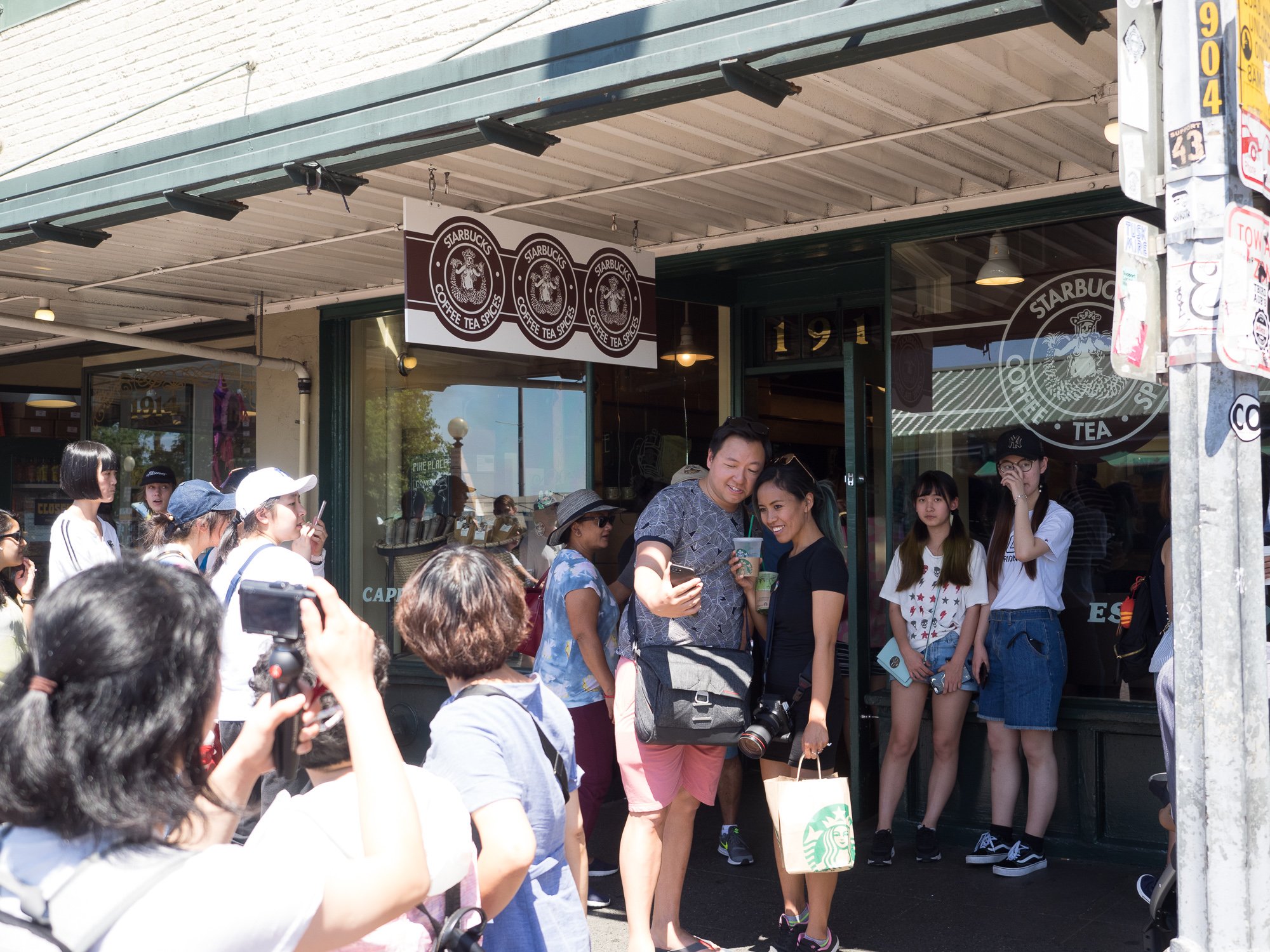 Pike Place Market used to be an Asian market. 90% of the merchants were Japanese at one point. During WWII, however, that changed.

You can also find the very first Starbucks at Pike Place Market, but I recommend going when there aren’t so many tourists. That place has a very long line to get in on busy days.

Of course, no journey to Seattle is complete without a trip to see the Space Needle. 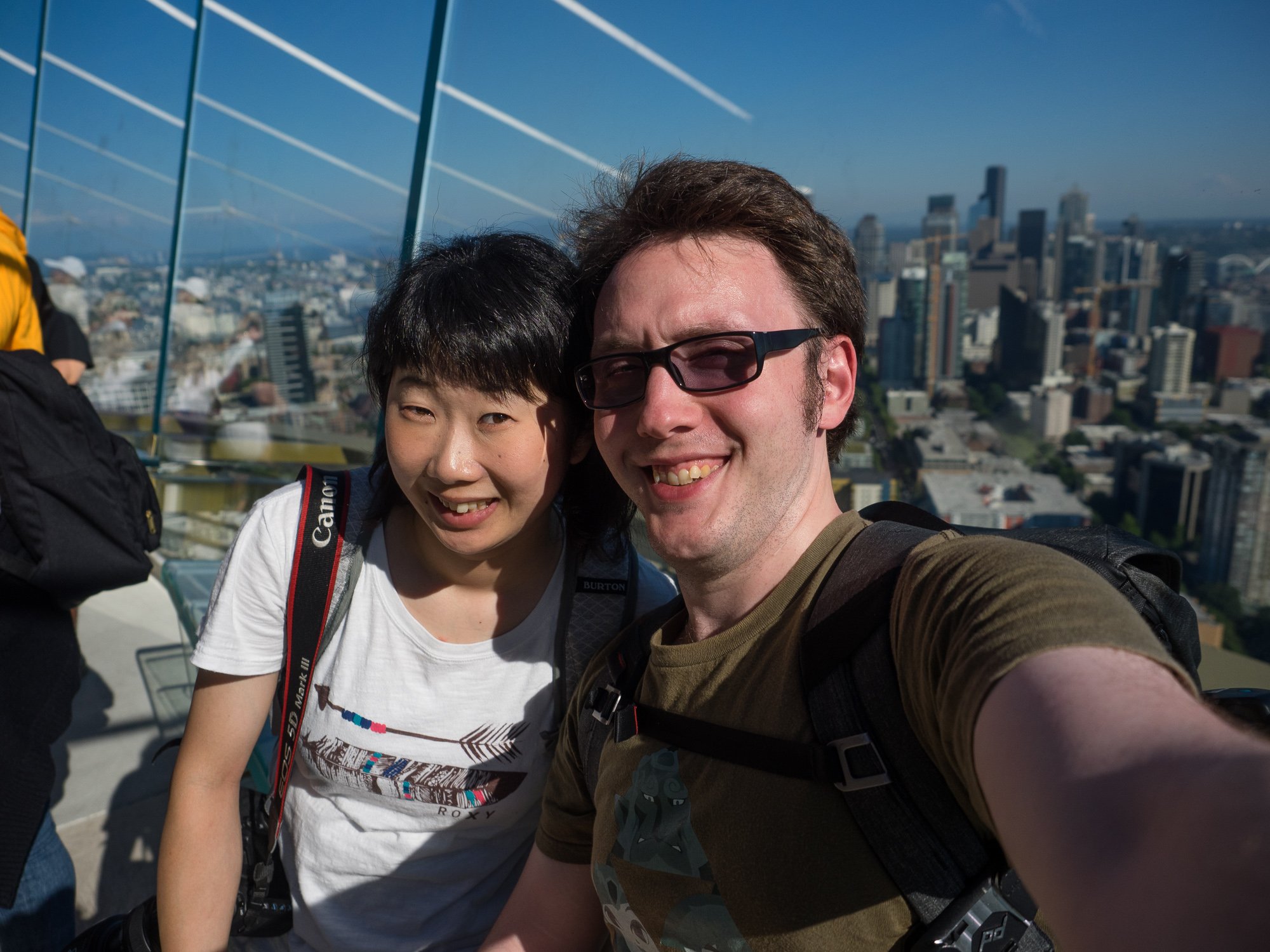 I had never been up to the top before, so I decided to take Takae up and check out the view. I have to say, it definitely wasn’t worth the $30 for each of us. I would rather have spent that money on souvenirs at the base of the Space Needle, rather than a sunburn at the top.

In my next photo journal, I’ll continue talking about my trip to Washington State.